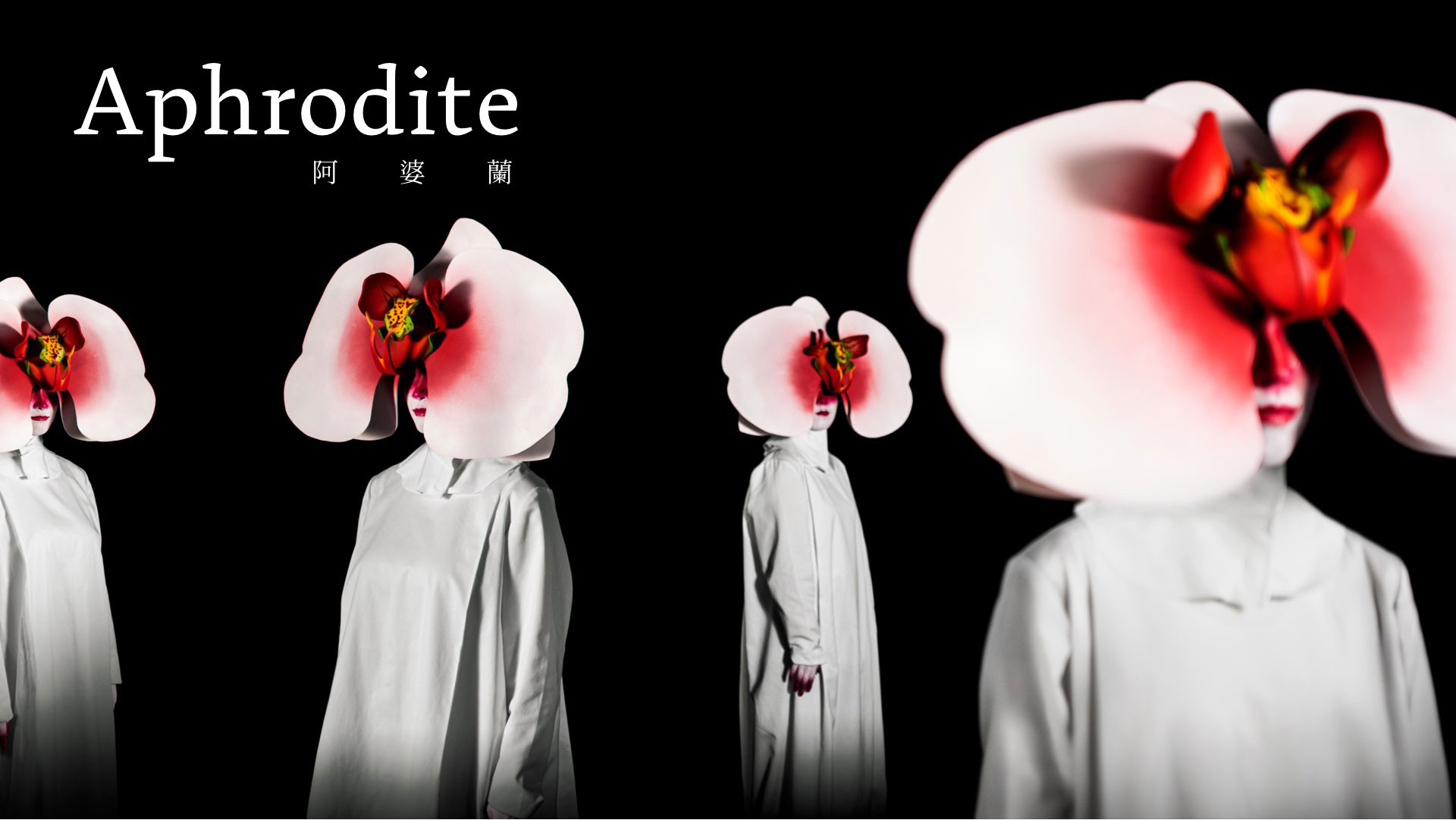 The play tells the story about the orchid immortals who have lived in the "Orchid Realm" since ancient times. A chance encounter with humans makes them become the attention of the world. The orchid flowers once isolated from the world all of a sudden turn into the target of poachers from everywhere. The songs that were once sung on the island are gradually being lost as orchid genes are constantly being replicated. The human desire for pure white and beautiful flowers has led to the artificial reproduction of endless giant white orchids. The orchid immortals who have lost their voice can only look across the shore at their fate overturned by the changing times and the homeland to which they can never return.
Like a butterfly fluttering away from home,
sorrows and joys are unforeseeable;
Into the world across the seas,
songs of the orchids are passed for generations to come.
Live Streaming
Program
GALLERY 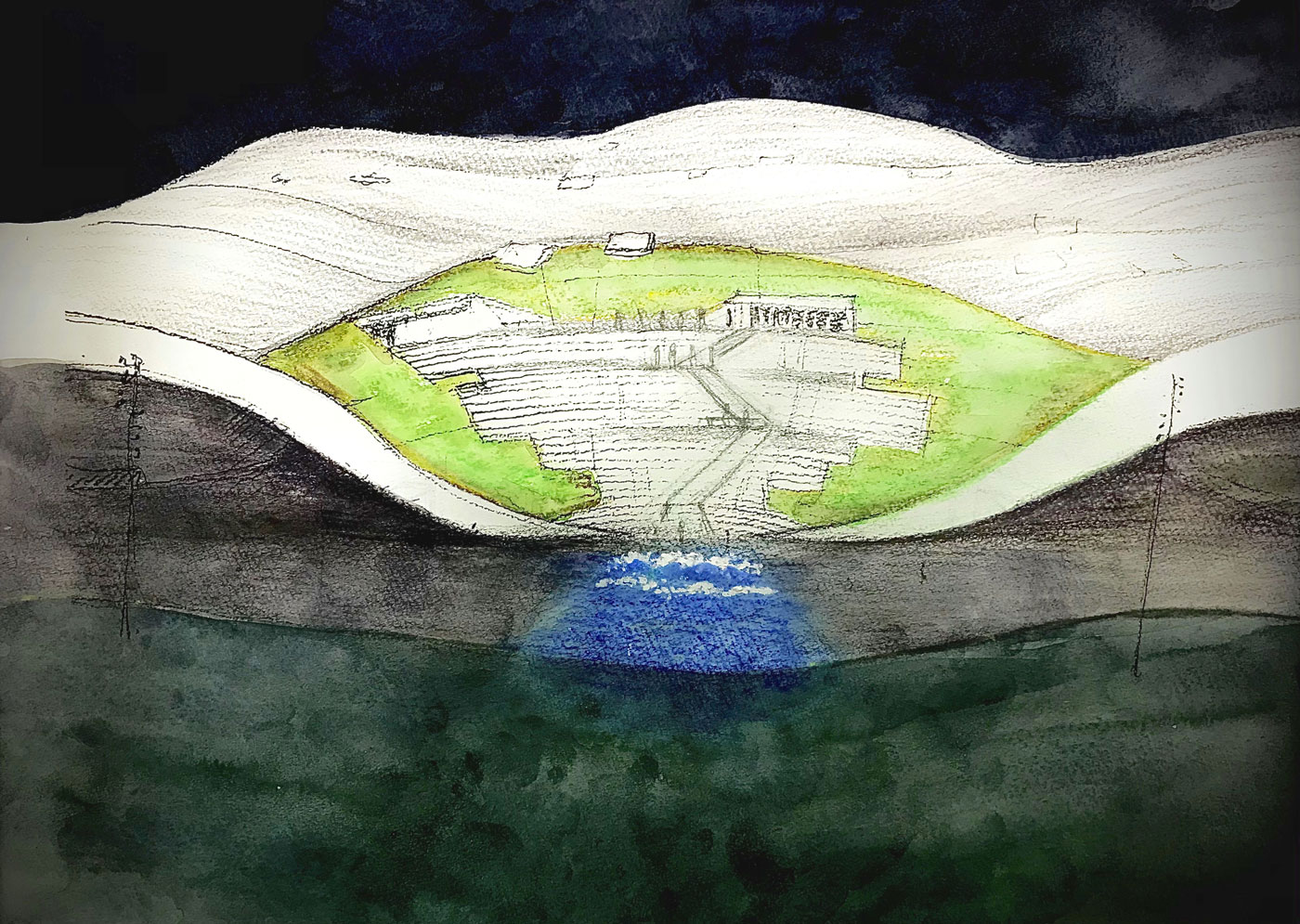 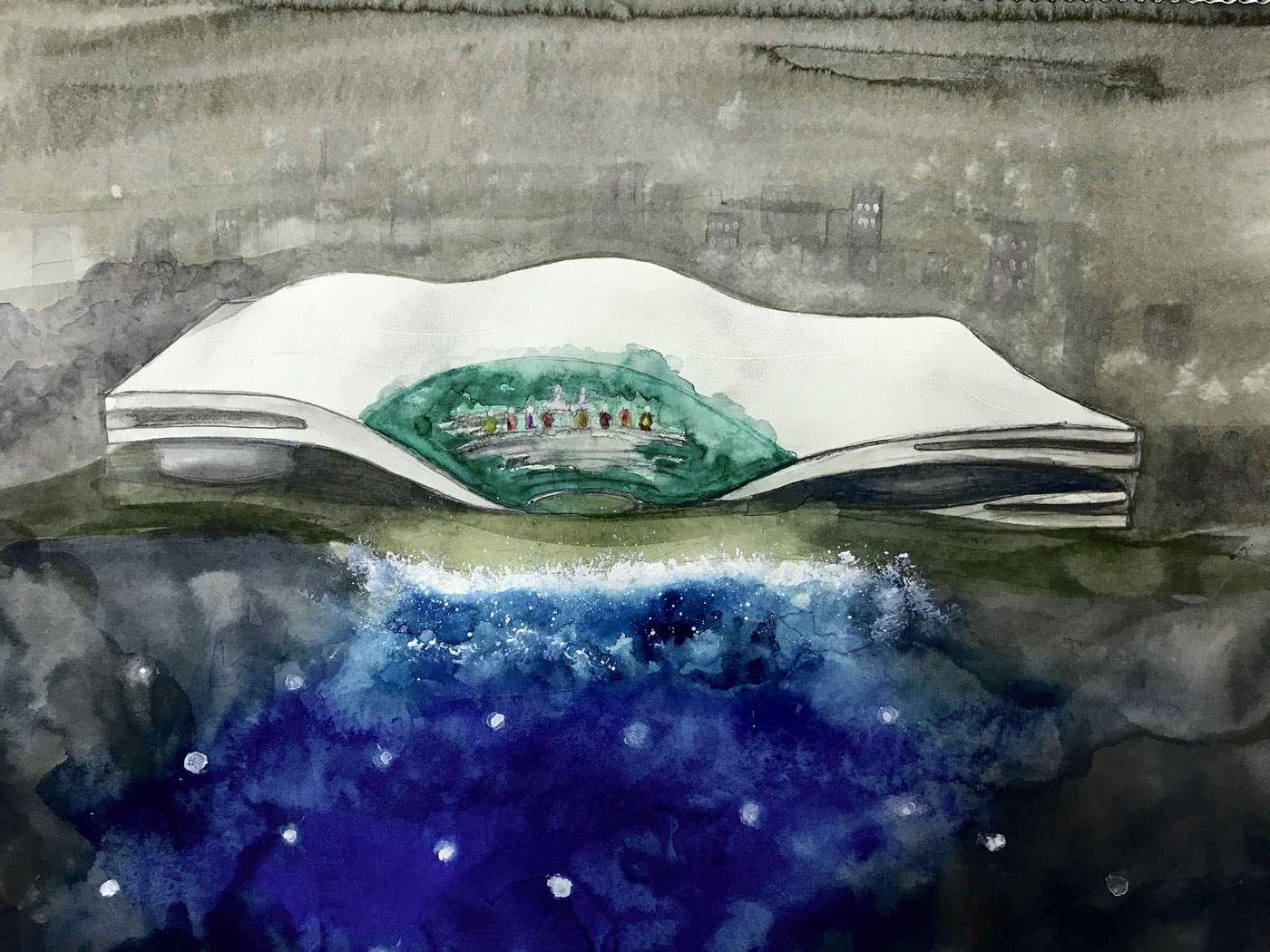 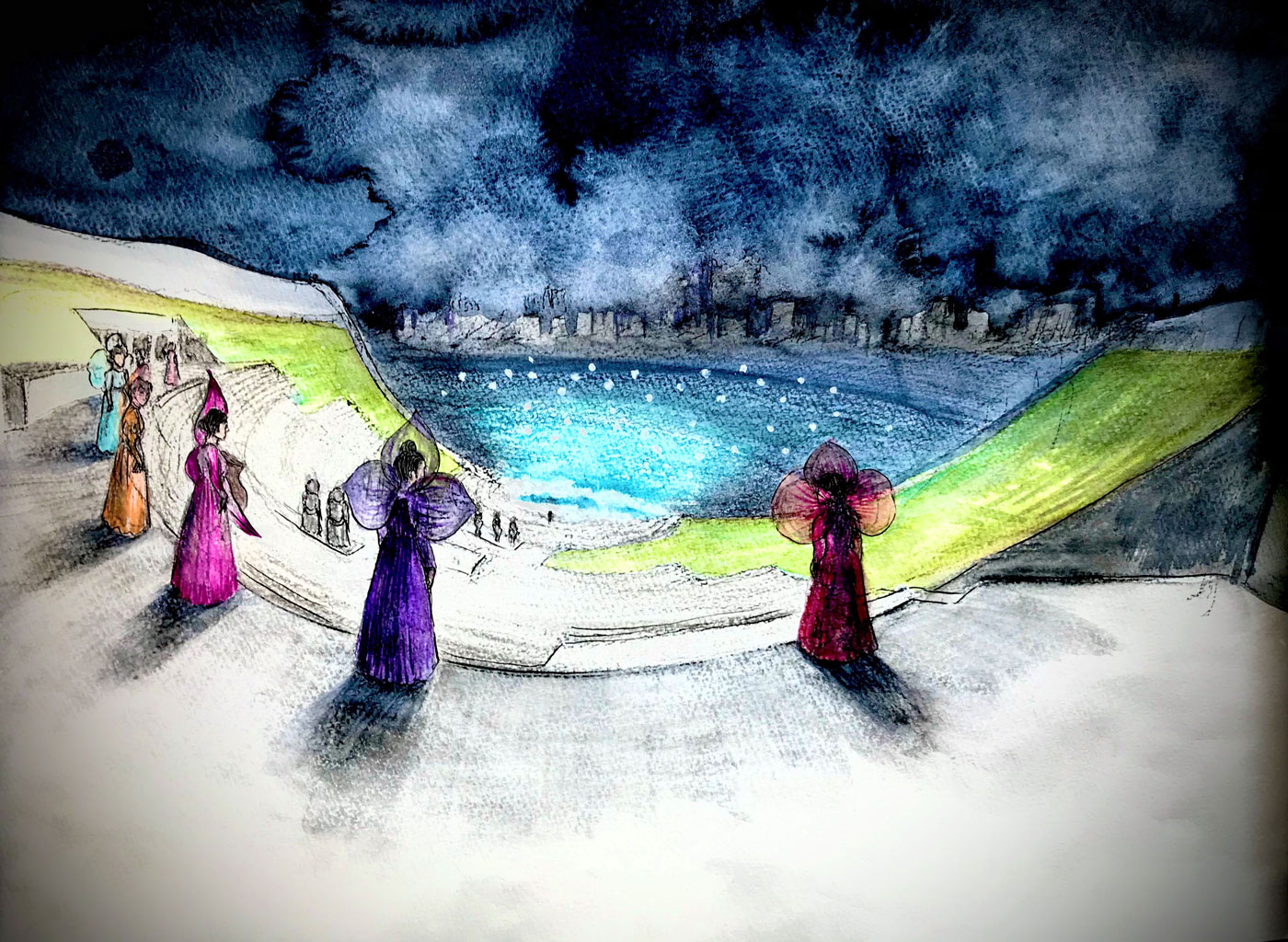 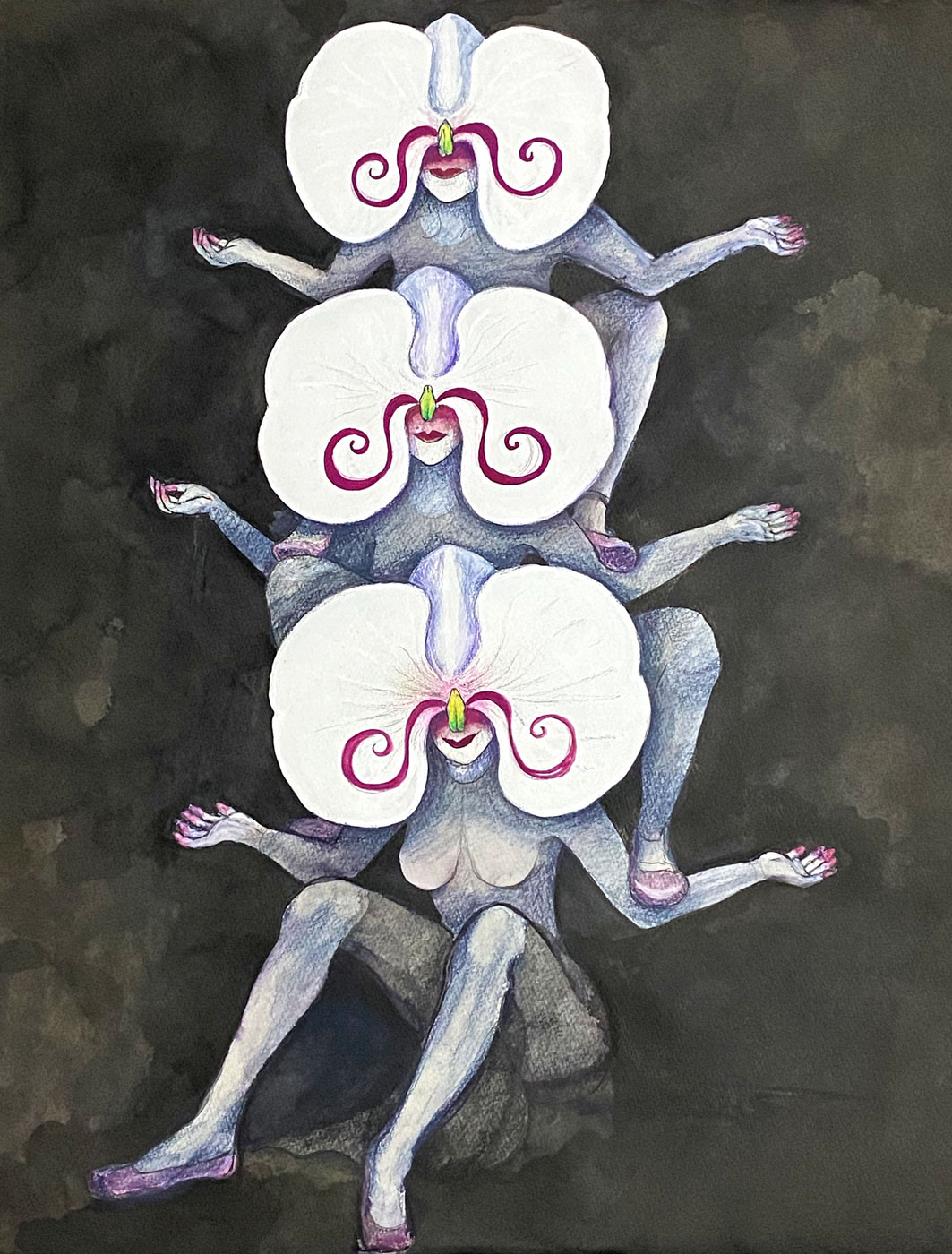 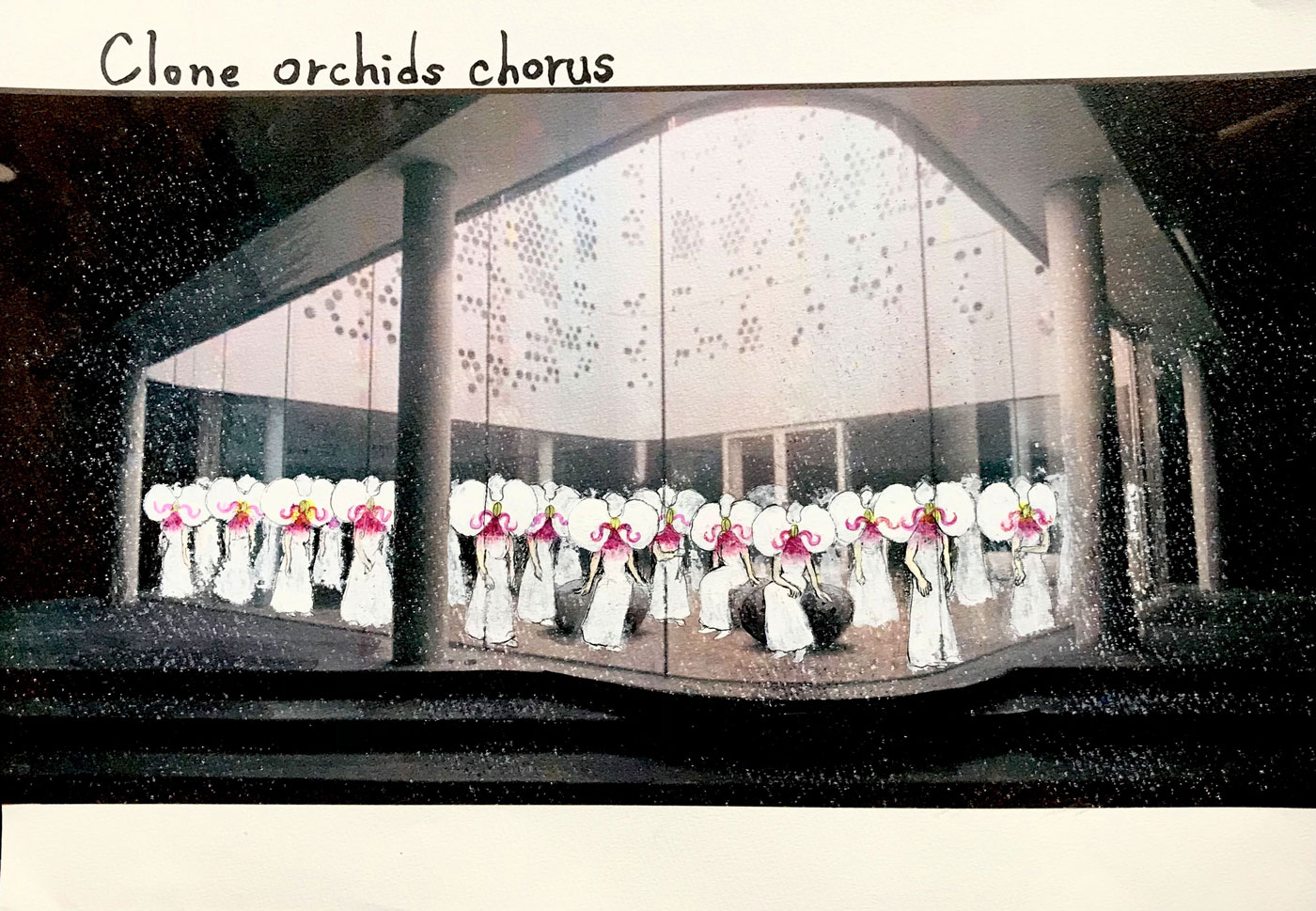 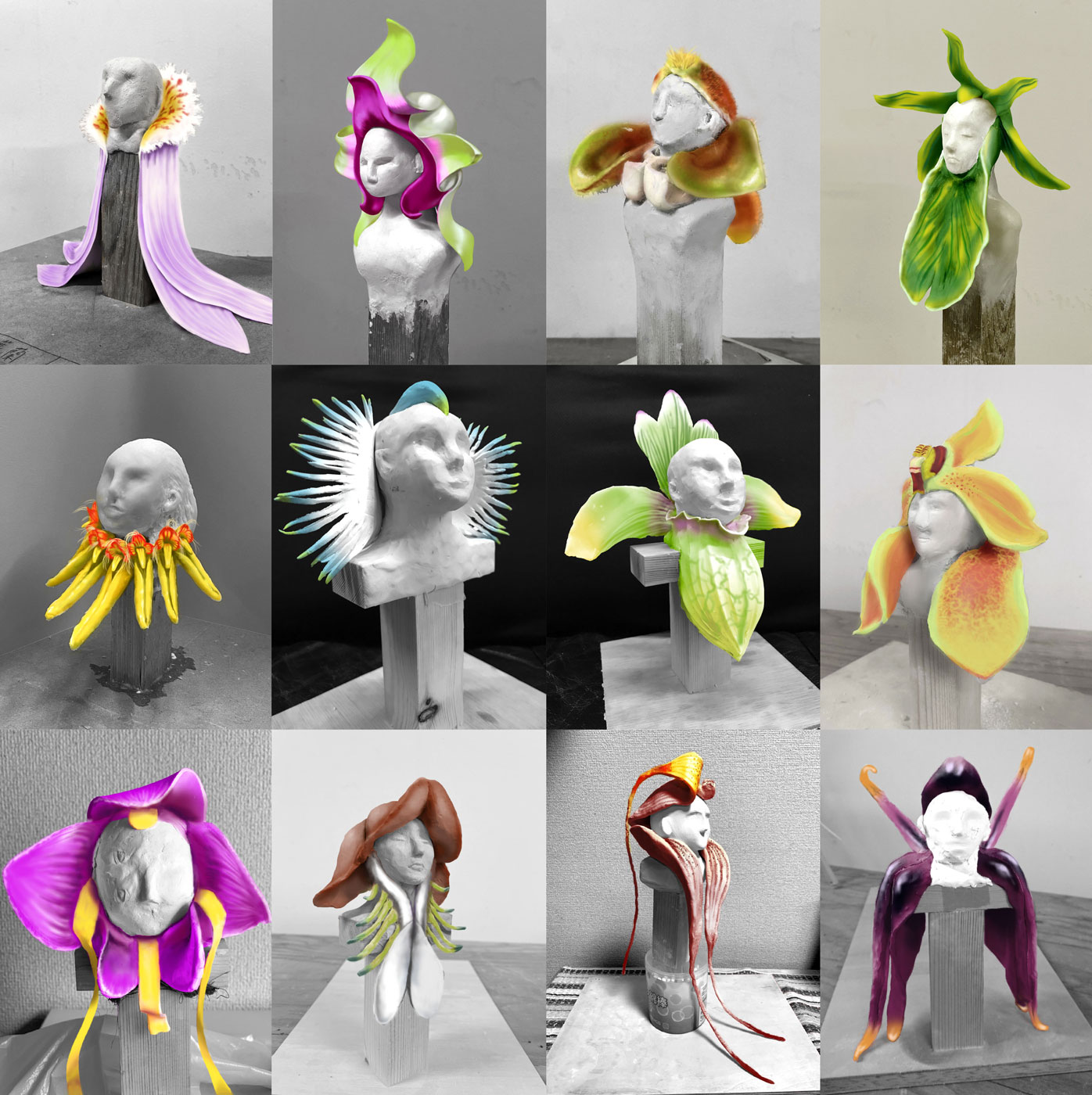 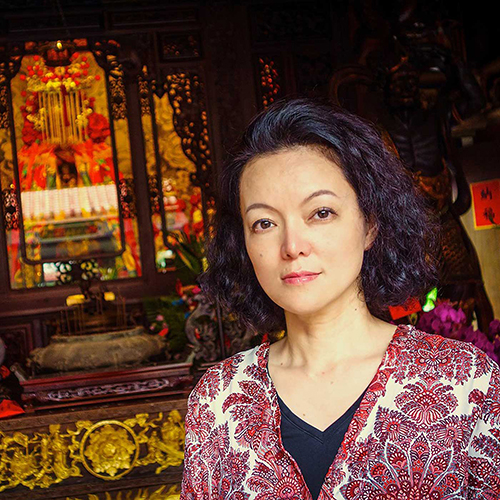 Miwa YANAGI
Born in 1967 in Kobe, Japan, Miwa Yanagi studied at the Department of Crafts at the Kyoto City University of Arts. After showing works of photography and other media in domestic and international exhibitions, Yanagi represented Japan at the 53rd Venice Biennale (2009). Since 2011, Yanagi has also been active in theatre, presenting works in both art museums and theatrical venues. Zero Hour: Tokyo Rose’s Last Tape, which Yanagi wrote, directed, and designed, toured five North American cities in 2015. Yanagi’s Wings of the Sun (based on the novel by Kenji Nakagami), an outdoor production performed on a traveling stage trailer, has played in locations throughout Japan since 2016. Most recently, Myth Machines (2019-2020), Yanagi’s solo exhibition featuring new works of both performance and photography, toured five Japanese museums. 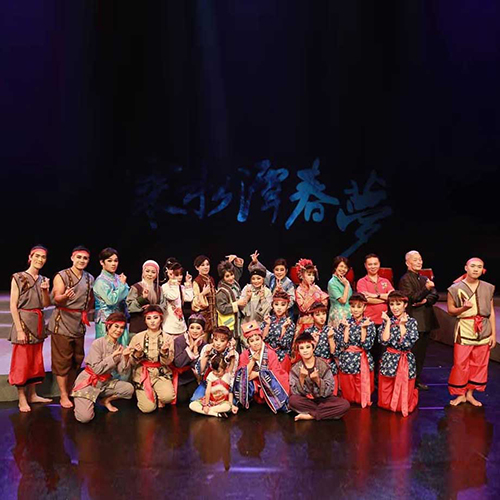 Shiu-Kim Taiwanese Opera Troupe
Shiu-Kim Taiwanese Opera Troupe was founded by the leader Shiu-Kim Chang in Taichung in 1986. She was known as a "natural sheng (male character)", while the ku dan (sorrowful female) Zhuang Jin-mei is the dan with the golden voice, and Mi-Hsueh is the talented writer/director. The three capable individuals form a Taiwanese Opera golden triangle. Recently, Hsin-Yi Chang, the daughter of the troupe leader, has emerged to add to the flair of the troupe. Shiu-Kim Chang is a hardworking, down-to-earth troupe leader who was awarded the Chung-Hsing Literary Art Award in Theater in 2004, and the 25th Global Chinese Culture and Arts Award - Local Theater Prize in 2018.

Shiu-Kim Taiwanese Opera Troupe began performing on the public stage in 2001, and has been selected by the Minstry of Culture for national cultivation and receiving the Taiwan Top Performing Arts Group grant from the National Culture and Arts Foundation every year since. Shiu-Kim Taiwanese Opera Troupe's performances have been growing more refined over the years, and has insisted on producing one new large scale play every year to highlight the troupe's specialty. For many years it has been invited to perform traditional Taiwanese opera in joint outdoor stage venues, as well as Taipei City's Baosheng Cultural Festival and Arts Festival in Community events. It has also been nominated multiple times for the Golden Melody Awards for Traditional Arts and Music. 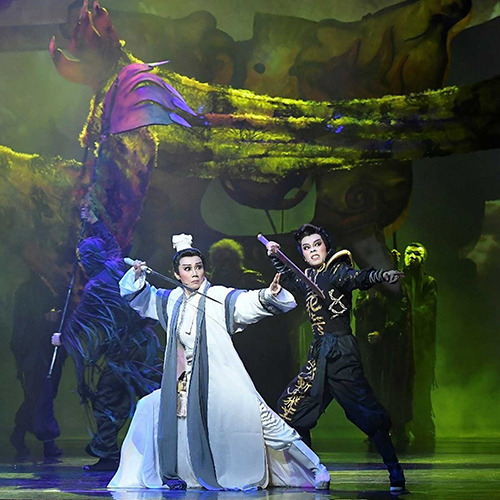 Chun-Mei Taiwanese Opera Troupe
Founded in 2000 by renown Taiwanese Opera Sheng actress Chun-Mei Kuo. The troupe has touted "Seeking Innovation and Setting Trends" as its motto and is known for its young, high-caliber members and audience. The Opera group normally performs at traditional festivals and temple events, with about 200 temple performances annually. It is also often invited to perform at cultural and art events and can be seen all over Taiwan. With its limited resources and persevering spirit, the Troupe incorporates stage effects into its opera performance to present a fresh perspective in hopes of contributing to the preservation and popularization of the traditional cultural beauty of Taiwanese Opera.

Since 2004, it has been selected by the Ministry of Culture for cultivation every single year. It was selected for the National Culture and Arts Foundation's first, second, fourth, and sixth Taiwanese Opera Production and Performance project grant for its shows Surprises in Wonderland in 2004, A Beautiful Dream of Youth in 2005, Switch in 2008, and The Bride, My Lover...My Step Mother in 2011, respectively. Switch was nominated for Best Traditional Drama at the 44th Golden Bell Awards. In 2012, the troupe's performance, The Prince of the Night, was nominated for the 11th Taishin Arts Award, while it also earned nominations for Performing Group of the Year for Right Here Waiting (2017) and The Story Of Ghost (2019) at the 28th and 30th Golden Melody Awards for Traditional Arts and Music, respectively. In 2019, The Story Of Ghost won Best Audiovisual Album while Untouchable won Best Music Design at the 30th Golden Melody Awards for Traditional Arts and Music. 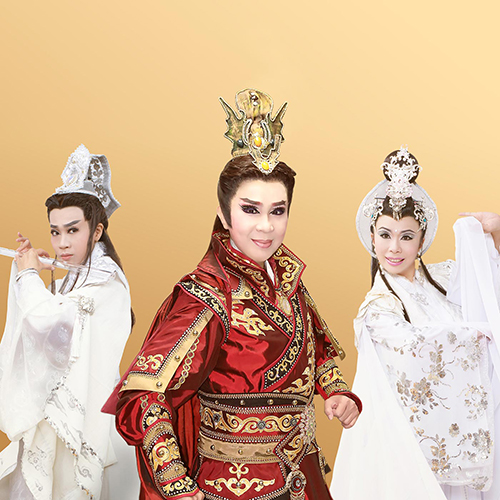 Ming Hua Yuan Tian Zi Art & Culture Group
In line with the Taiwanese Opera family heritage, the Ming Hwa Yuan Tian Taiwanese Opera was established by Chen Sheng-dian, the second son of the founder of famed Ming Hua Yuan, Chen Ming-ji, back in 1983. In the beginning, it toured Taiwan under the name "Sister Troupe of Ming Hua Yuan" and was widely popular. It officially changed its name to Ming Hua Yuan Tian Zi Art & Culture Group. With over 30 years of experience, the Group has stayed true to its roots of outdoor Taiwanese opera performances while combining modern theater concepts to reinvent the traditional stage act.

In recent years, under the leadership of Chen Chao-hsiang, winner of the 14th Global Chinese Culture & Arts Award in the Taiwanese Theater category, and troupe leader Chen Jin-shing, the troupe has been often invited to perform in Singapore on top of its full-booking for outdoor performances in Taiwan. With the help of the National Culture and Arts Foundation, the troupe has been able to pass the torch and continue to contribute to traditional opera. It hopes to incorporate more novel performance styles and forms into Taiwanese opera to contribute to solidifying the legacy of traditional arts.